I’m afraid this post won’t make for pleasant reading, unless you’re an Eibar or Sevilla fan.One word I came across that I didn’t know before – esperpento – summed it up: a grotesque sight, piece of nonsense, absurdity. Betis are officially a different beast from what they once were, in fact they are not even a beast, more of a tame, defenceless calf ready to be led to the slaughterhouse.

That slaughterhouse is called el estadio Benito Villamarín. I’ve never known Betis to show such inept, disastorous, relegation-beckoning home form. This season it reads: loss, loss, loss, loss, draw, draw, loss. That’s four goals scored and fourteen conceded. The record breaking 40,000+ Béticos who purchased a season ticket after promotion will be thinking they have been on the end of a Lopera-like con. Yes, it has become that bad that we can even joke about that criminal.

This afternoon Betis lost 4-0 at home to Eibar. Four days previously we lost 4-0 away to Barcelona. Two completely different teams (aside from the kit colour) but the same result. Tells you we can’t really get up for the big games and put in a good performance, nor can we hustle with the minnows and grind out the type of results we really need to be grinding out. The fact we haven’t scored in either game is in similar trend in line with the rest of the season – 13 goals in 18 league games, the second worst in the whole league (Levante are the worst with 12). Even Malaga have scored 13 and they went six games at the start of the season without scoring a single goal!

Los verdiblancos are now on a five game winless streak in La Liga, not quite in the realms of despair when Pepe Mel was sacked first time around in 2013/14, then in was eight games without a three point victory. During that time there were similar hammerings at the hands of Atletico Madrid (5-0), Barcelona (1-4), Sevilla (4-0) and Getafe (3-1); and who should our next league game be against – Getafe.

We’ve never been the best side but we were the team who worked their arse off, could match anyone for guile and guts and could always pull off a surprise victory or certainly a sterling performance that was appreciated across the country, but those days seem to be long behind us, at the minute anyway.

So what’s the problem?

The squad quality – yes. The players’ performance – obviously. The tactical system – probably. The manager – I think so. 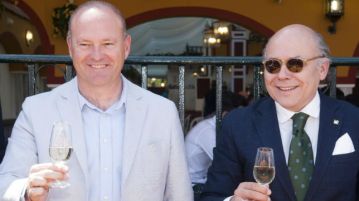 This last point is a huge point. I’ve backed Pepe Mel every step of the way, but I’m not sure how much longer he will last. There seems to be a motivational problem with the players as well as a tactical naivity. I have seldom seen a Betis team under Mel tactically outplay another team, this has been clear for years – I remember writing similar sentiments for inside Spanish Football – but they could match anyone for effort. Now, this seems to be have lost.

We signed a lot of players this summer but few have stepped up to the plate (Van der Vaart, Van Wolfswinkel, Pezzella and Cejudo to name a few) and others just don’t seem to be at the level we need (Tarek, Kadir).

The month of January is busy with no less than 7 games to play. Fair to say it’s got off to the worst start possible in what should have been our easiest game on paper. Two games against Sevilla in the cup, Real Madrid and Villarreal before the month’s out isn’t going to make Pepe Mel’s ride any easier.

There’s no rest for the wicked either with Sevilla straight up on Wednesday evening. It’s at home which doesn’t bode well, although Betis did draw 0-0 with the other team in the city in December. We need a performance of passion (which shouldn’t be difficult to ask for in a derby) mixed with quality (which does seem to be a lot to ask for at the minute). Last time out we had passion but were ultimately saved, quite literally, by Antonio Adán.

The team and Mel need to show us a chink of light at the end of the tunnel otherwise it’s going to be curtains on Mel’s second spell in charge before the season is out.