As always there have been a lot happenings at Betis in the past week or two. We’ve had new signings, big players going, season ticket sales, part of the stadium being knocked down and three new kits shown off to the media and fans alike.

Sanabria to Betis almost a done deal after rejecting Spurs 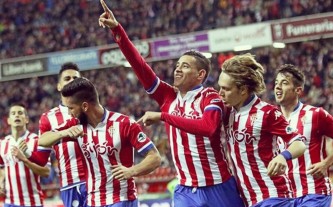 Betis have already made 6 very good signing (on paper at least) – all of whom I wrote about here. In that post I mentioned that the club are still looking for at least 4 more players and one of these looks like it’s going to be Antonio ‘Tony’ Sanabria, which I think could be an even more exciting prospects than the others!

The Paraguayan forward nurtured at Barcelona from a teenager and currently on loan at Sporting Gijón looks like he is ready to sign on the dotted line for the green and whites. He is officially a Roma player but has played less than a handful of times for the Italians. However, after being linked for a couple of weeks in looks like the Romans have given their blessing for the move to Betis for around €8m which will give us 50% of his rights.

At 20 years old he’s a full international and scored 11 times for Sporting last season helping them to avoid relegation by the skin of their teeth! He’s a highly sought after young man with reports tell us that Tottenham Hotspur really wanted him and launched a €15m bid but he’d prefer to move to Betis. Good man! He’s currently in Barcelona but likely to be on a flight soon down to Sevilla. He could prove to be the perfect junior for Rubén Castro to teach and share his wisdom with.

Big Alf’s move to Villarreal is official after his unveiling and ‘benvingut‘ this week following a medical on Thursday. The deal was closed at €7.5m but this could rise to around €9m, which is good money for Betis.

No doubt he will be a loss after consistently being one of our best performers for the past couple of years. He’s a workhorse with a lot of heart and passion, he breaks up the play well and gets forward with gusto. He is a fan favourite because of his attitude, his last ditch tackles saving the defence (of which there has been a few) and the effort he puts in. N’Diaye played a key role in helping Betis to achieve promotion back to La Liga in 2015 and for this he won’t be forgotten. He’s a very good signing for Villarreal but he is replaceable.

Other players that Betis are still trying to offload include Van der Vaart, Vargas, Digard, Kadir, Xavi Torres & Varela. Matilla has already signed for Elche and Jorge Molina has signed for Getafe.

Betis have shown the world their three new kits for the 2016/2017 season manufactured by Adidas. 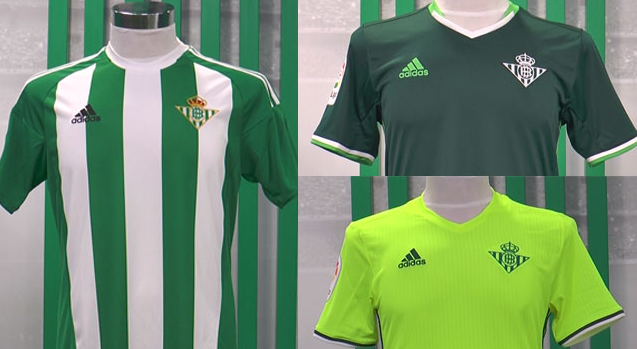 I think the first kit is sleek, simple and very smart. Definitely my favourite. The second green kit is also smart but not sure about the third choice. Horrible colour. Can’t have everything.

In terms of season tickets, the club have already sold 27,000 which is very good going. Perhaps we may even beat last year’s 40,000+ total.

Work has also started on the demolition of Gol Sur, one of Angel Haro’s promises before he became president. In his ‘Ahora Betis Ahora’ manifesto alongside José Catalán, this was one of his statements of intent so it’s great to see him acting on it so quickly. The stadium is currently a mismatch of all different types of styles from years of messing around so it will be good to get this amended and create a Betis fortress!